It has been a tumultuous year in crypto, with prices falling dramatically since the start of the year but rallying this summer. Massive catalysts that will bring permanent changes to the second-largest cryptocurrency and the crypto world have arrived. With all of this going on, it’s a good time to keep a long-term perspective and look at three top cryptocurrencies to buy and hold forever. 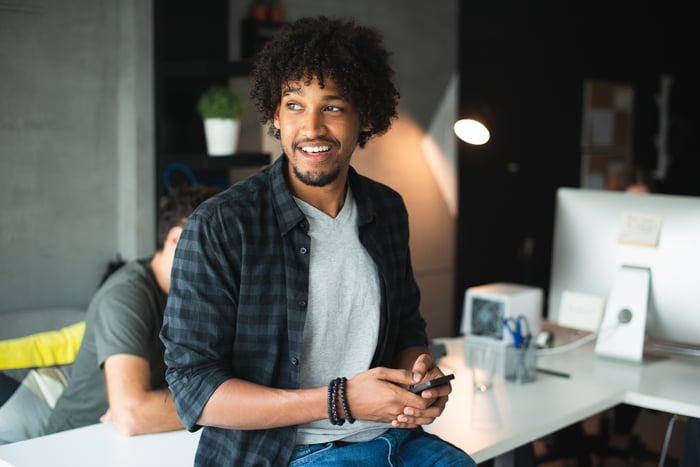 The Merge, Ethereum’s (ETH 0.99%) long-awaited transition from the proof-of-work consensus to proof of stake, was completed last week.

While it has become a common misconception that The Merge will speed up transactions on the Ethereum network and lower fees, there will be other benefits. The transition to proof of stake will enable more Ethereum holders to participate in earning rewards from the network because they can now stake their Ethereum to earn a cut of transaction fees. While holders need to have 32 Ethereum and meet several other requirements to do this, plenty of third-party services like Coinbase (COIN -4.18%) allow customers with smaller amounts of Ethereum to commit their Ethereum to staking pools to earn interest. Coinbase currently pays out an annual percentage yield of 3.25% on staked Ethereum.

The Merge will also dramatically reduce Ethereum’s carbon footprint, because power-hungry mining equipment will no longer be running night and day to produce blocks of Ethereum. Some sources estimate that Ethereum’s pre-Merge energy consumption was equivalent to that of a country like Chile. Experts predict that the switch to proof of stake will reduce this energy intensity by over 99%, which is a big deal for the planet and for investors who may now feel more comfortable investing in Ethereum.

The great thing about holding Ethereum for the long term is that while The Merge is a huge deal, Ethereum’s developers aren’t stopping there. Vitalik Buterin, Ethereum’s co-founder, estimates that the blockchain will only be at 55% of its potential after The Merge. The Merge paves the way for sharding, in which the blockchain is split into many chains to ease congestion on the network, which should eventually help improve speed and lower fees once fully implemented. The level of progress so far and the future ambition make Ethereum, the second biggest crypto by market value, an asset to buy now and hold forever.

While all eyes have been on Ethereum ahead of The Merge, Bitcoin (BTC 0.78%) has been quietly rebounding, gaining about 15% since hitting its cycle low of $17,664 in mid-June.

After The Merge, Bitcoin, the No. 1 crypto by market value, will stand alone as the major proof-of-work asset atop the crypto world. Bitcoin proponents view Bitcoin’s proof-of-work consensus as more secure than proof of stake and believe that The Merge will enhance Bitcoin’s image as a secure decentralized network. I believe that both proof of work and proof of stake have their own merits and I view owning both Bitcoin and Ethereum as the most sensible approach for investors.

Some have questioned Bitcoin’s status as an inflation hedge as the price of Bitcoin has fallen this year in part due to rising inflation in the U.S. But it’s important to remember that Bitcoin is a global network with users all over the world. Despite its decline this year, it still represents a viable and accessible safe-haven asset for individuals in countries with rampant long-term inflation, such as Turkey and Venezuela. The maximum supply of 21 million Bitcoin is an appealing feature in a world where governments are printing ever-increasing amounts of currency, decreasing the purchasing power of the existing currency in the process. I don’t know if the price of Bitcoin will be higher or lower a week from now, but I feel good owning it as a potential hedge against future inflation and believe all investors can benefit from owning even just a small amount in their portfolios.

With a market cap of $530 million and a ranking of 71 in terms of market cap, Ravencoin (RVN -1.00%) is much smaller and less established than Bitcoin or Ethereum. There is thus more risk when investing in Ravencoin, but there is substantial upside as well. Unlike Bitcoin and Ethereum, which have price points in the thousands of dollars, you can buy Ravencoin for just about $0.06. Ravencoin has posted a scintillating performance this summer, with a gain of more than 50% in the past 30 days alone.

Ravencoin’s summertime surge is because it is a proof-of-work crypto that can be mined with GPU (graphics processing unit) mining equipment. All of the GPUs that were mining Ethereum needed somewhere to go after the Ethereum Merge, and Ravencoin is one of the most attractive destinations. Ravencoin’s hash rate has surged, indicating that miners have already moved over to Ravencoin.

A short-term catalyst is all well and good, but here’s why Ravencoin is much more than just a short-term trade. Ravencoin was created with the purpose of allowing individuals to create their own tokens. Users can burn 500 Ravencoin and make their own token that represents a real-world asset. An example of how this could be useful is real estate tokenization. A property owner could use Ravencoin to tokenize an investment property and divide it into 100 pieces. This would give property investors significantly more liquidity than they enjoy today and lower the barriers to entry for investing in real estate.

Bitcoin, Ethereum, and Ravencoin are all good choices to buy now and hold forever. Cryptocurrencies are volatile and are best suited for risk-tolerant investors. For these investors, buying the top cryptocurrencies now while the market is uncertain is a move that could pay off over the long run.