The year 2022 has not been kind to South African celebrities. Many of them became the targets of scams.

The impostors did everything in their power to obtain their information, including opening TikTok accounts in celebrities’ names in order to defraud Mzansi citizens.

Briefly News looks back at the times when well-known figures blasted scammers and advised their fans not to send money to any of them. 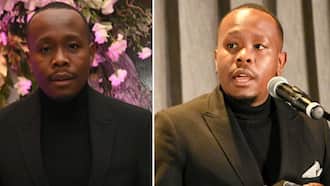 1. Letoya Makhene replies to rumours that she scammed people through Bitcoin

Letoya Makhene warned her Instagram followers not to engage in any bitcoin-related online conversations in her name. The Generations: The Legacy star revealed in a video to her fans that she has never used Bitcoin or any other cryptocurrency.

According to TshisaLIVE, Letoya posted the video in response to an IOL article accusing her of scamming ordinary South Africans.

IOL reported that a man claimed that Makhene stole money from him using Bitcoin. In her defence, the actress stated:

“Don’t make your problems my problem. I am verified on social media. I have reported all the fake accounts. I don’t scam people of money, I do not do Bitcoin, I do not do forex, I do not ask people to deposit money to me,” she said. 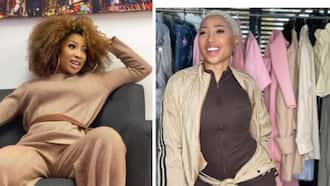 Andrea Dondolo, a former Stokvel actress, revealed on Instagram that she was almost deceived by an impostor who claimed to be Generations: The Legacy executive producer Mfundi Vundla.

On Instagram, the actress shared screenshots of her conversation with the scammer. Andrea said in the caption that she almost believed the scammer when she was told that Mfundi was working on a production with Connie Ferguson and wanted her to be a part of it.

“I was excited shem I won’t lie. He said they are doing a production with Connie Ferguson and someone else ‍♀️ can’t remember the name.”

However, Dondolo noticed red flags in the wording of the messages she received and the typos she discovered. 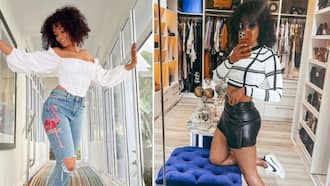 Yvonne Chaka Chaka posted a video on her Instagram account explaining that she does not own the TikTok account encouraging people to donate to her Princess of Africa Foundation.

In the Instagram video, the legendary singer was seen with her phone, showing Mzansi the account in question and warning them not to share their money with the scammers.

“SCAM ALERT!!! WE HAVE NO TIK TOK ACCOUNT. @yvonnechakachaka001 on TikTok is not our account so please stop making donations to this false account. We apologise to you all with love and appreciation.”

4. Somizi Mhlongo shares clip telling his fans not to engage with scammers using his number

Somizi’s phone was hacked earlier in 2022. SomG told his fans not to send any money to the scammers out of concern for people who might fall victim to scams using her number.

Mamkhize, like Somizi, was hacked. The business mogul revealed on Instagram that her Whatsapp number was no longer under her control.

The reality star even provided proof that the con artists had begun their work. The Instagram caption warning people not to send money was accompanied by screenshots of the scammer requesting money via WhatsApp using MaMkhize’s number.

In similar stories, Briefly News reported that Khaya Mthethwa slammed the event organiser who paid him with fake proof of payment despite giving them the best stage.

The former Joyous Celebration member shared a tweet about being conned in broad daylight.

In the comments section of the viral tweet, Khaya stated that the event organiser even deceived him into thinking something was wrong with his bank account.

PAY ATTENTION: Сheck out news that is picked exactly for YOU ➡️ find the “Recommended for you” block on the home page and enjoy!