started this week with a rally after closing last week above the $17,100 resistance. It reached a critical resistance area and a steep acceleration trend in the short term.

showed a similar price-action to Bitcoin but with a more aggressive uptrend. 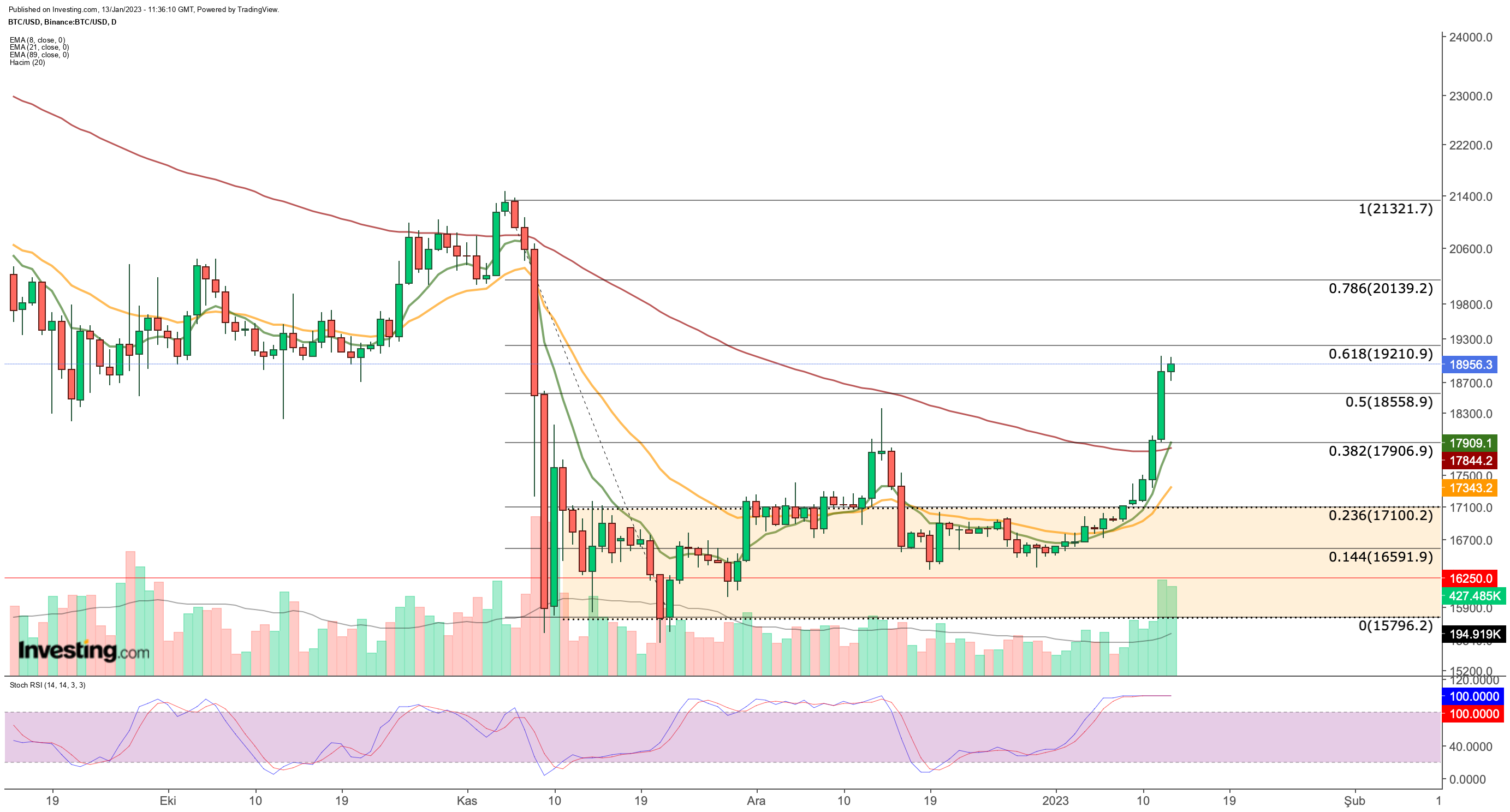 Bitcoin started 2023 on a bullish note, closing the first week of January with bullish potential at the top of the range that has been in place since November.

This momentum was supported by the U.S. data coming in line with expectations during the week as Bitcoin reached the $19,000 level.

The crypto managed to smoothly cross the resistance area at $17,800 – $18,000, where it encountered resistance in mid-December. This move was particularly significant as it led to a decisive break of the 3-month exponential moving average.

BTC, which closed above the 89-EMA, is hovering below the critical resistance on the last working day of the week after finishing higher yesterday.

There is a potential for the upward momentum to continue if a daily close above $19,200 (Fib 0.618) is achieved in weekend trading, as seen on the daily chart.

Checking the short-term Bitcoin movement, we saw that the rise accelerated as the 8-EMA rose above the 21-EMA. Currently, these two short-term averages have continued their upward movement and moved above the medium-term average.

In other words, if the 8- and 21-day EMA values move toward the $18,000 region in the coming days, this can be a sign that Bitcoin has entered an uptrend.

The last time the exponential moving averages crossed downward was in December 2021, and since then, Bitcoin has continued its downtrend. Now, the upward crossover can be interpreted as an important signal for a stable uptrend. 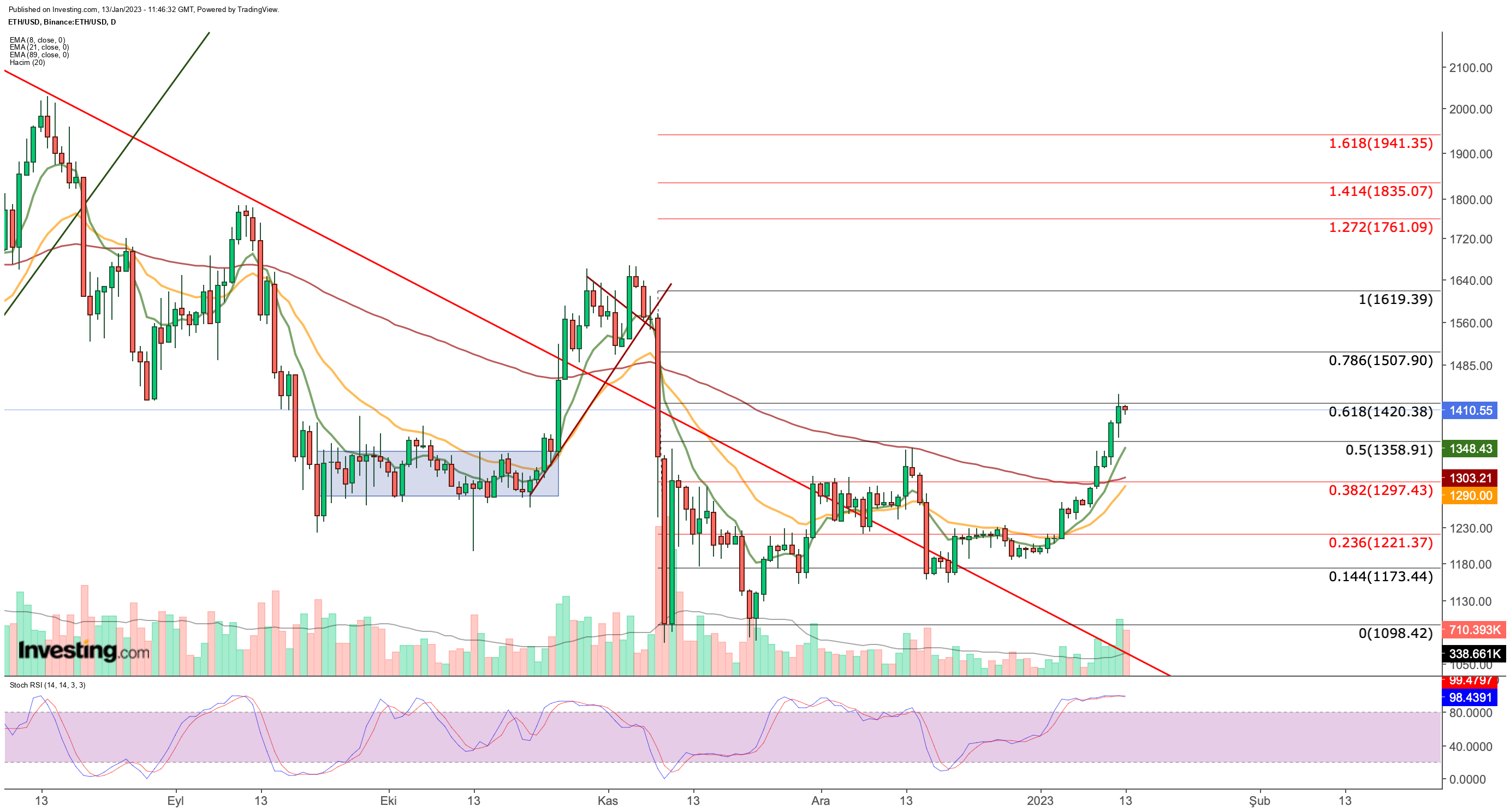 If Ethereum, which is currently maintaining its positive momentum, fails to close the day above $1,420, we could see a correction with profit-taking, similar to Bitcoin.

The recent upward momentum in Ethereum broke the downtrend formed by lower peaks by exceeding the December peak. This can be considered as another sign that the trend may continue.

However, it is extremely important to closely monitor the support levels in possible pullbacks without ignoring the fact that cryptocurrency markets react quickly to internal and external developments.

Disclosure: The author does not own any of the securities mentioned in this article.